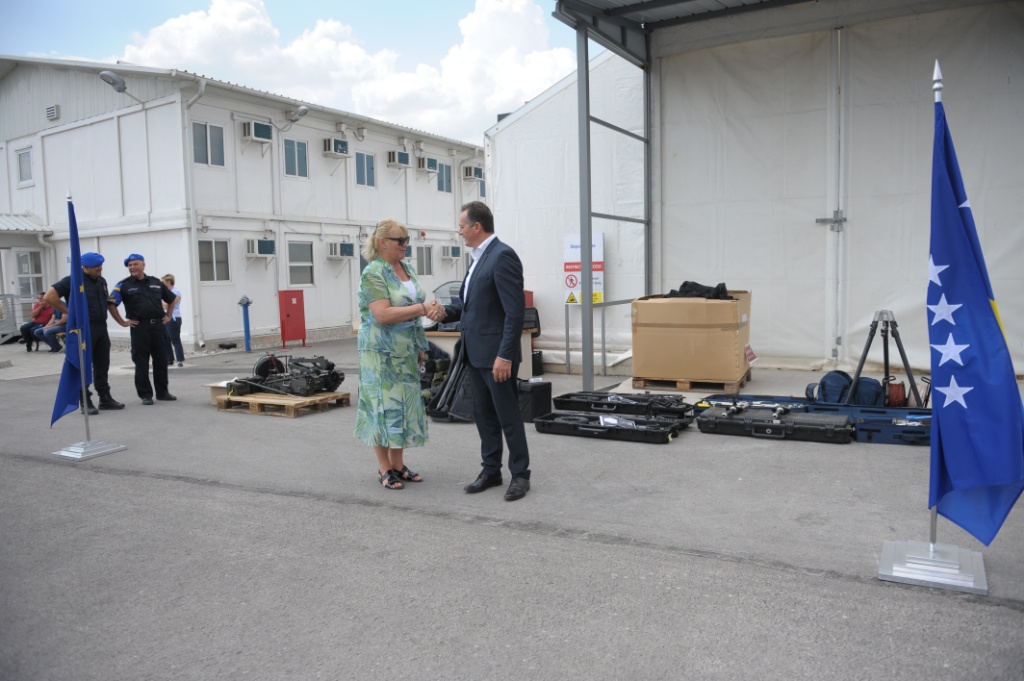 EULEX Acting Head of Executive Unit, Jaroslava Novotna, and the General Director of Kosovo Police, Shpend Maxhuni, attended the donation ceremony which was held at the EULEX Mission support compound in Pristina.

EULEX has supported Kosovo institutions to improve their capacity through various donations. In this handover, the donation consisted of EOD and communications equipment, such as an EOD Robot, heavy bomb suits, special operation kits, under vehicle mirrors, and handheld metals.

EULEX has a standing practice of donating vehicles and other equipment to Kosovo institutions in support of capacity-building initiatives and implementation of best practices.

For more on other donations see here