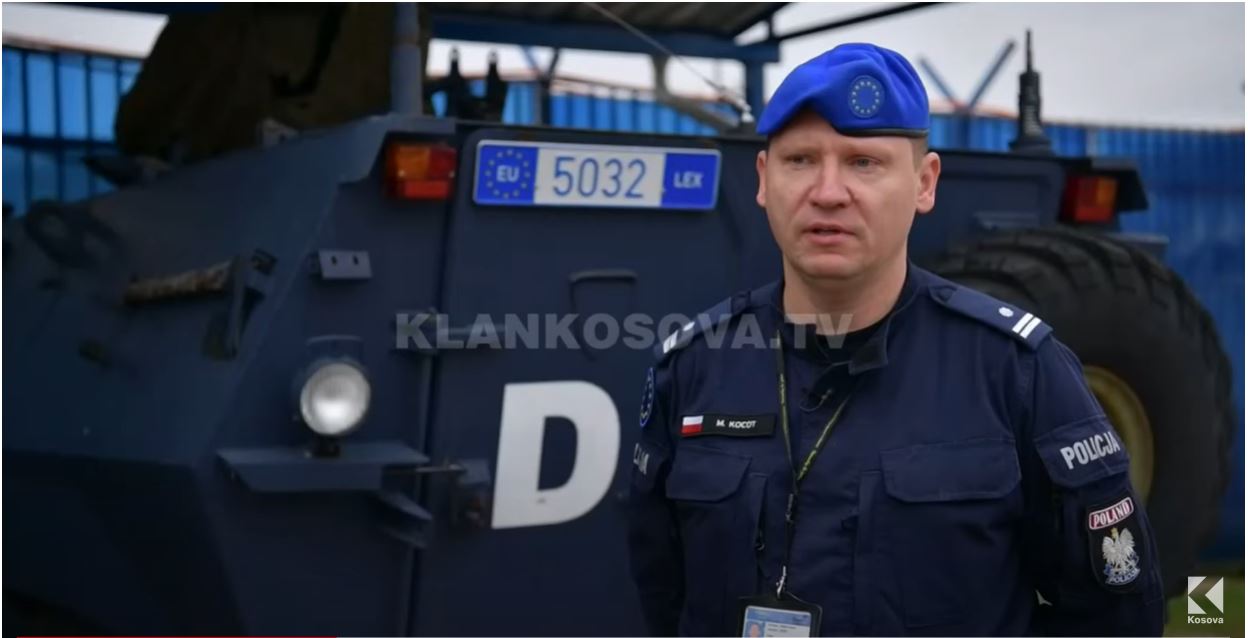 On 23 November, Klan Kosova TV aired a reportage on northern Kosovo featuring an interview with the Commander of the Formed Police Unit of the European Union Rule of Law Mission in Kosovo (EULEX), Michal Tomasz Kocot.

Commenting on EULEXâs presence and role in light of the recent security developments, Kocot stated: âWe currently increased our presence in the north due to the current situation and resignation of Serbian police officers. We, of course, cannot take over the responsibilities of the Kosovo Police officers, we can only help them maintain peace and security in the region.â