âNo bruises â  No violence. The signs of violence are not always visibleâ campaign launched

The âNo bruises â  No violence. The signs of violence are not always visibleâ campaign was launched on 1 December in Pristina during an event that saw the participation of Kosovoâs Deputy Minister of Justice, Nita Shala.

The campaign, which is supported by the European Union Rule of Law Mission in Kosovo (EULEX), the EU Office in Kosovo, the Ministry of Justice and the NGO Zensko Pravo/Womenâs Rights, aims at helping victims of psychological violence recognize abuse when it does not leave a bruise and at encouraging them to report the case to the police. 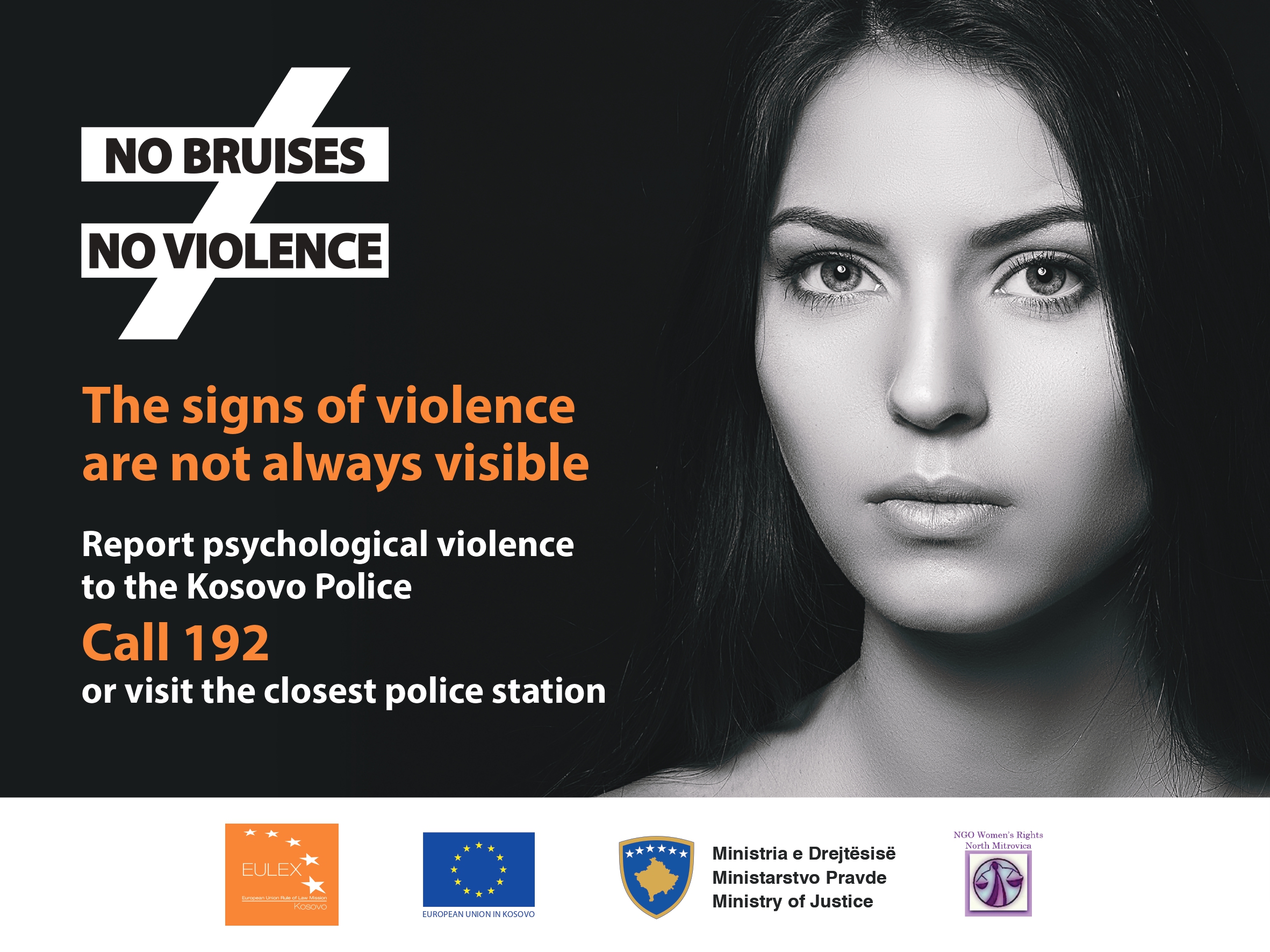 These are some of the statements gaslighters use to inflict emotional damage, and therefore, obtain and maintain control and power over their victims. 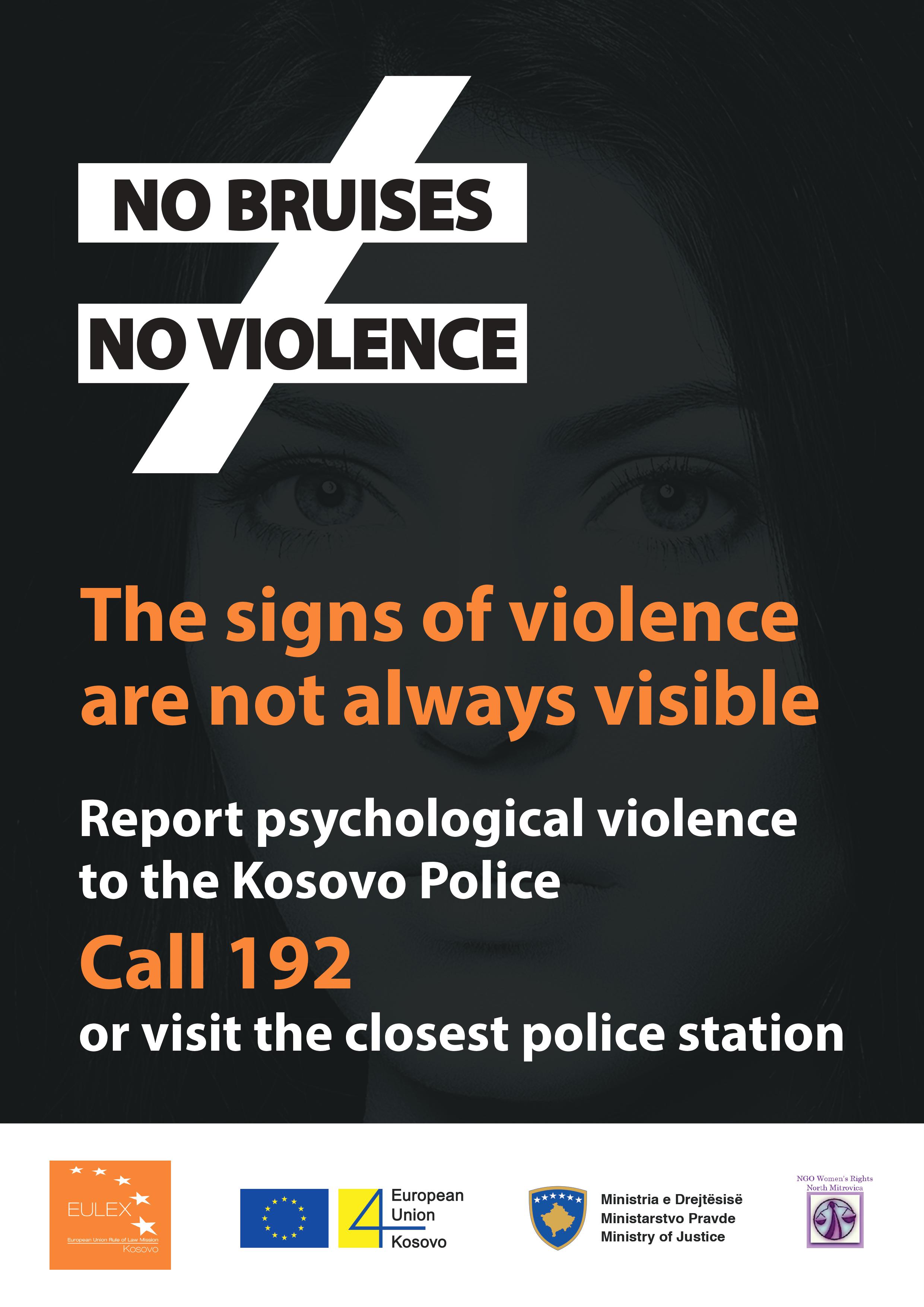 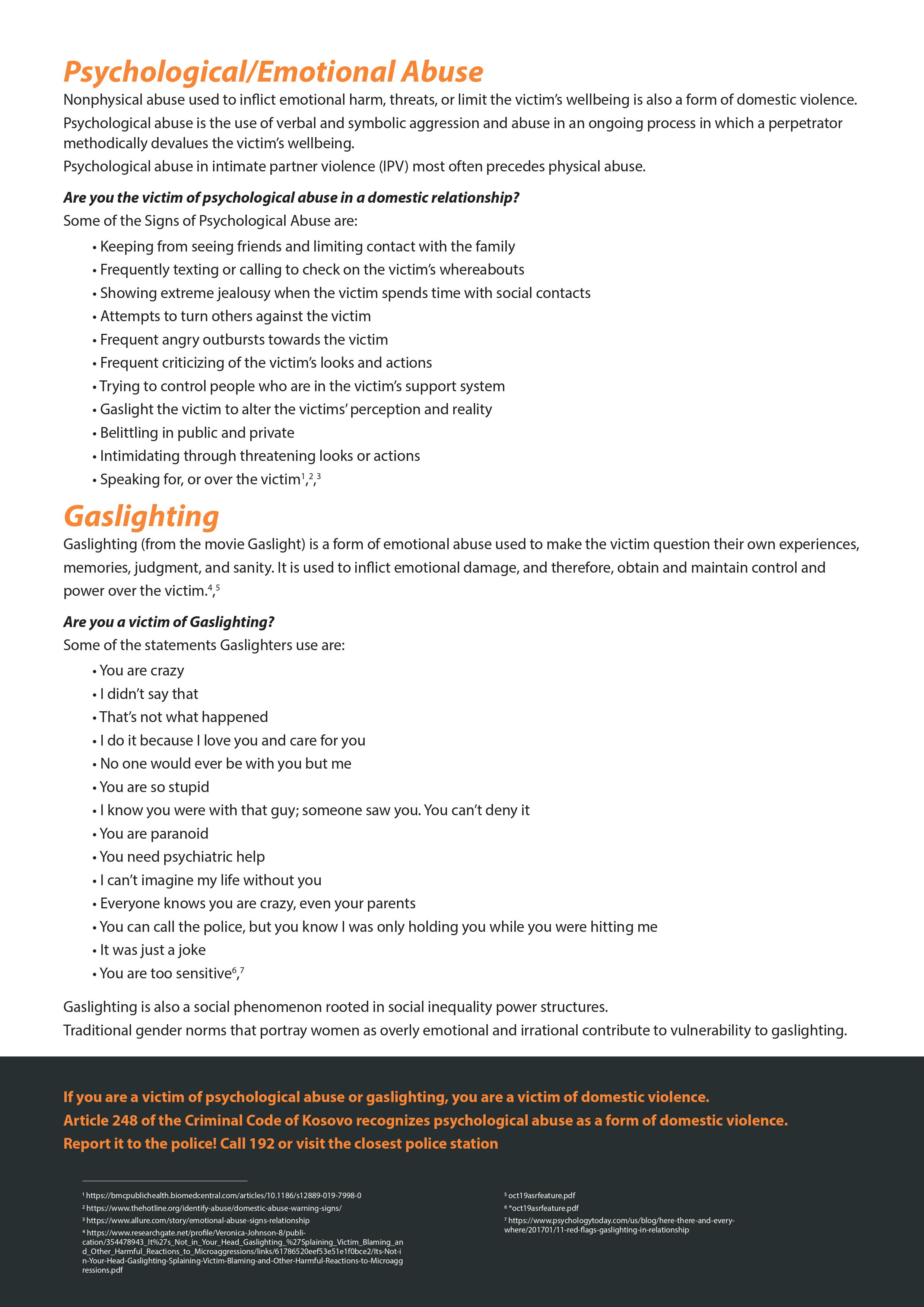 The campaign will see billboards placed throughout Kosovo, as well as web ads.