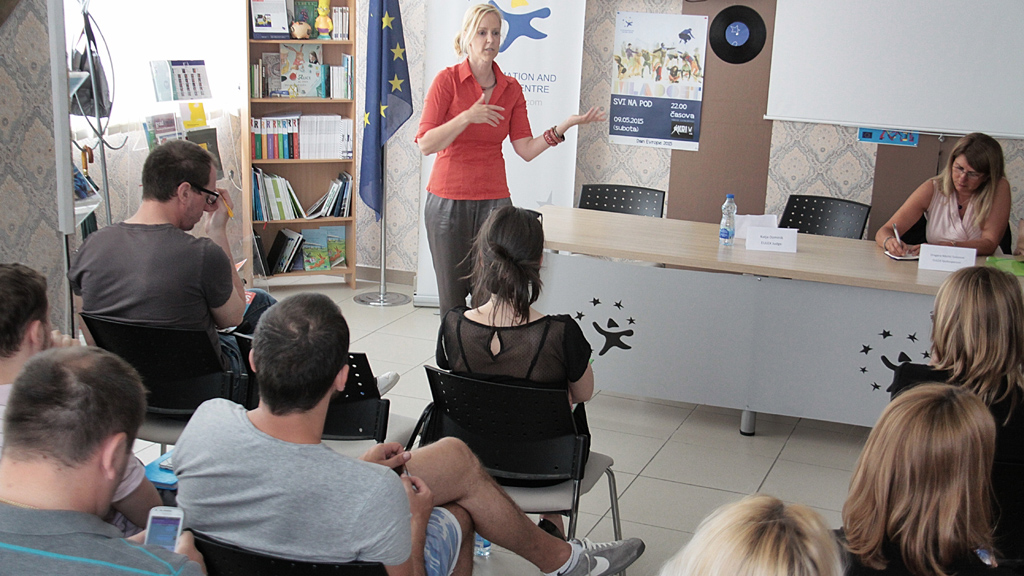 The Center for Peace and Tolerance in co-ordination with EULEX, organised a seminar at the EU Info Centre in northern Mitrovica. The seminar engaged civil society, local students, and members of the international community and focused on EULEX’s mandate and the rule of law within the European Union. EULEX Deputy Head of Press and Public Information Office, Dragana Nikolic-Solomon, and EULEX judge, Katja Dominik, gave brief presentations which sparked a vibrant discussion amongst the seminar’s participants.

Dragana Nikolic-Solomon gave a brief overview of the EULEX mandate and its role in the north. She elaborated on the Mission’s objectives and clarified some of the local misconceptions about its work.

Judge Dominik spoke at length on the judicial process, explaining what independence of the judiciary means to her personally, as well as within the wider EU context. She also focused on access to justice, emphasising that a functioning court and prosecution, respectful arrest and detention rights of defendants, protection of victims and witnesses, comprise a functioning system that enables the judge to conduct a fair trial. Failure of rule of law, judge Dominik stressed, creates an insecurity among citizens which in turn leads them to believe that the rule of power and not rule of law dominate within the society.

The participants engaged in a lively discussion about the Mission’s activities in the north. Among the main outputs of the seminar was the desire of the local community to see more public engagement regarding the judiciary in the future, as well as engagement of a wider public.