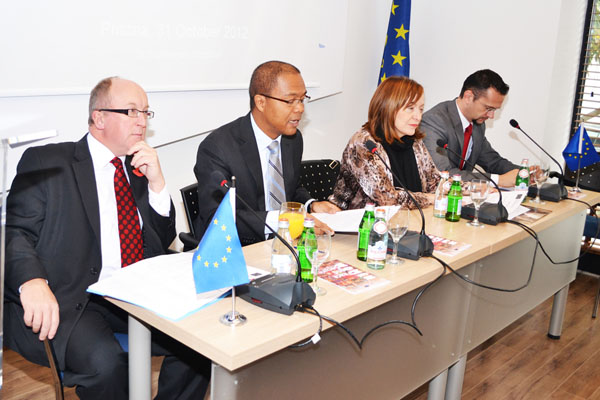 On 31 October, the EU Office together with EULEX organised a panel discussion on UNSCR 1325, chaired by the UN Resident Coordinator Ms. Osnat Lubrani.

UNSCR 1325 includes articles that address the protection of women from violence, especially sexual violence, and the participation of women in peace negotiations and at all levels of decision-making. The European Union implements the resolution through political dialogue, civil security and defence missions like EULEX and humanitarian and development activities.

Andy Sparkes, Acting Head of EULEX said: âEULEX will continue to work closely with the institutions of Kosovo to ensure that UNSCR 1325 does not remain just a promise and that concerns raised by Kosovo womenâs organisations are being addressed. We will pursue our efforts to ensure that women are included in the construction and development of the rule of law in Kosovo.â