âThere is no sustainable peace and security without womenâ - EULEXâs Gender Advisor speaks at the KFOR-organized conference on Women, Peace and Security in Kosovo 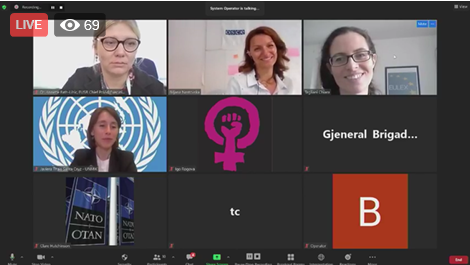 To mark the 20th anniversary of the United Nations Security Council Resolution 1325 and highlight its implementation in Kosovo, the NATO-led KFOR mission organized on 7 October a video conference hosting more than 20 speakers from Kosovoâs Governmental and Non-Governmental organizations and international missions.

EULEXâs Gender Advisor, Chiara Tagliani, participated in a panel discussion on 'Advancing the Agenda of 1325' together with representatives of the EU Special Representative in Kosovo, the UN Mission in Kosovo and the OSCE.

Tagliani focused on the Mission's dedication to the inclusion of a gender perspective in all of its activities, both within the Mission and while working with Kosovoâs institutions.

"Since its deployment back in 2008, EULEXâs mandate has undergone several changes. However, the Missionâs dedication to the promotion of gender equality and women empowerment remains constant," emphasized Tagliani.

EULEXâs Gender Advisor gave concrete examples of the Missionâs work to advance the position of women in various Kosovo rule of law institutions, adding that the Mission also supported the establishment of the Association of Women in the Kosovo Police and the Kosovo Correctional Service Women Association.

Tagliani noted that EULEX is now monitoring gender-based violence cases and provides tailored recommendations to the Kosovo authorities to address the identified shortcomings.

Last but not least, EULEXâs gender advisor mentioned the awareness raising campaigns EULEX implements, focusing on the âSpeak Up On Timeâ campaign on the preservation of biological evidence in sexual violence cases. 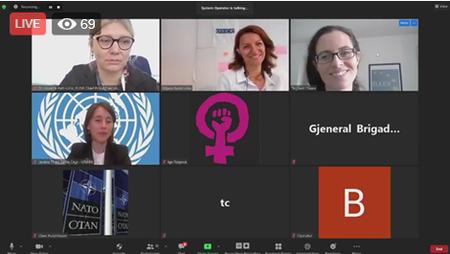 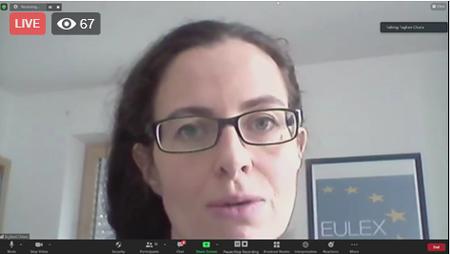