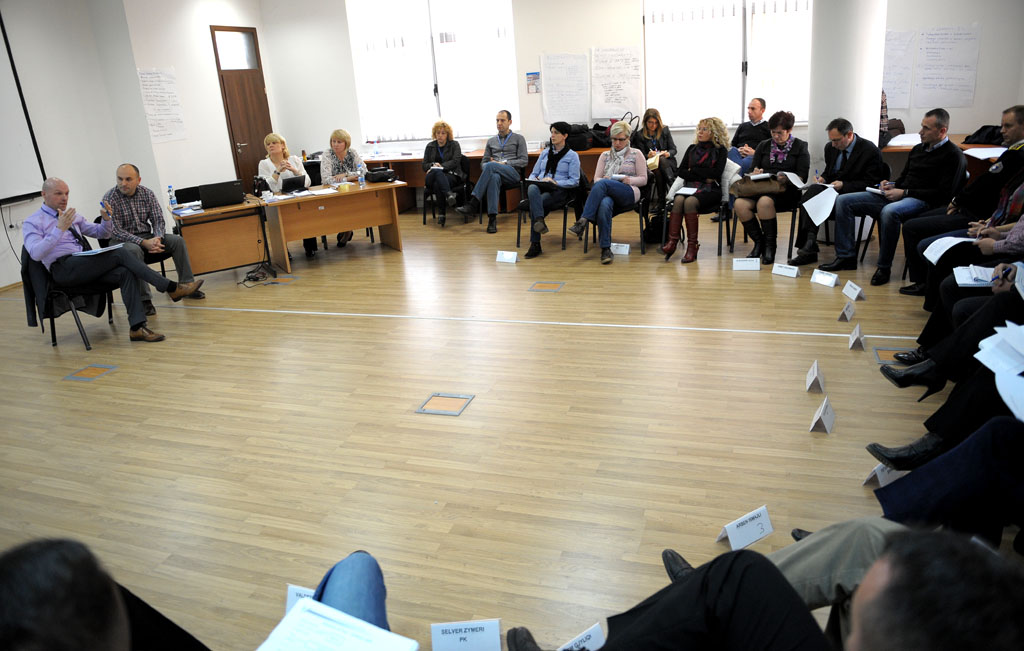 The overall aim of the course was to increases the capacities of both Kosovo Police and Kosovo Prosecution in the management and interviewing of vulnerable victims with particular emphasis on victims of human trafficking. The victims’ testimonies represent essential step towards the criminal prosecution of human trafficking.

The course delivered interview techniques designed to gain the best evidence from the victim in a transparent and victim centred way that could offer a better evidential product with trial proceedings. The emphasis of the new technique is focused on the whole story of the individual, treating the injured party with compassion and understanding, this producing high quality testimony in the criminal proceedings.

In increasing the abilities and skills base of agencies within Kosovo to deal with these victims, Kosovo will be more effective in detecting and prosecuting those involved in these criminal acts. The ability to interact with these vulnerable victims will have an impact on organised crime investigations and increase the overall victim care process.

According to Ismet Rhahmani, Kosovo’s prosecutor the four day training gave him an opportunity to gain through best practice cases prosecuted in the UK, a valuable knowledge that he can apply in his daily tasks to make his job easier and put the victims at ease during the interviewing phase.

“Communication between EULEX and local institutions, especially through training in my opinion is very successful because it passes on European best practices, new experiences and know-how when it comes to the application of appropriate methods”, stressed Mr Rhahmani.

UK law enforcement is a leading country in the development of Vulnerable Victim process and is well placed to assist Kosovo in this specialist area, said Karen, one of the UK trainers.

She added that her experience over the last 25 years within the UK has shown when a victim centred interview and investigative approach is adopted, the quality of the evidence obtained increases significantly.

Xhylijeta Sveqla, a Kosovo investigator within the Department for investigation of trafficking in human beings also found that the new methods would help her in performing her official duties. “I really hope EULEX would organise similar trainings in the future. My colleagues, just like myself will greatly benefit from it”.

The training was funded by the UK Foreign & Common Wealth Office through the UK Embassy in Pristina.