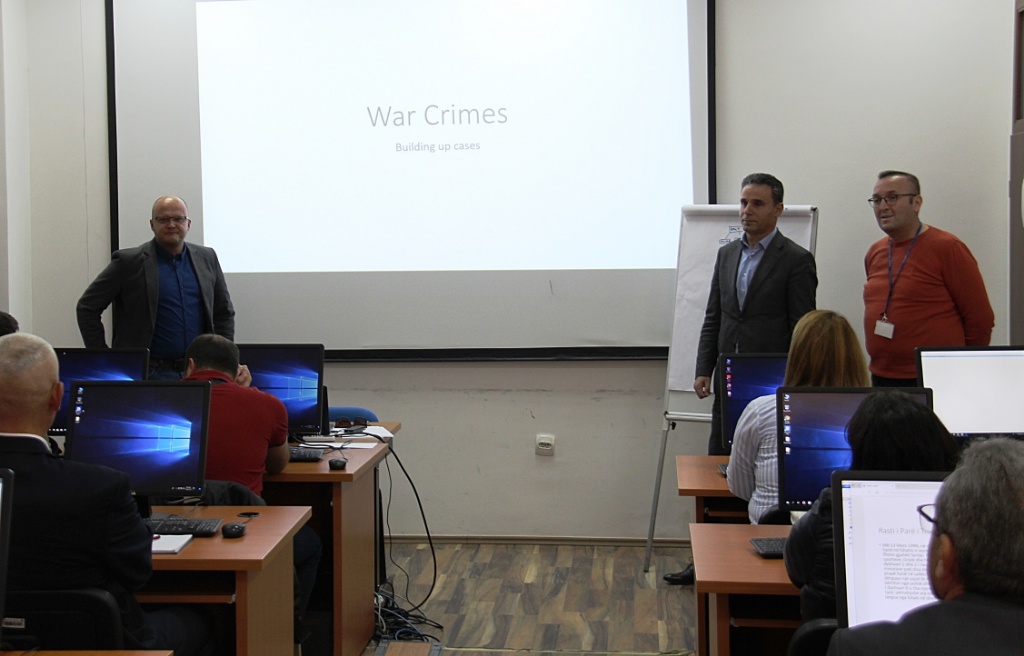 EULEX conducted a series of training courses for the Kosovo Police War Crimes Investigation Unit. The training courses, developed in close cooperation with the Kosovo Police, aimed at assisting the War Crimes Investigation Unit in developing a modern case-management system and in improving its capacities in the fields of case building, case administration, and analysis of war-crimes cases.

âFully aware of the fact that many war-crimes cases are very complex and interlinked with other war-crimes cases, EULEX is actively supporting the Kosovo Police in establishing their own database and in making the best use of such a tool for war-crimes cases,â emphasized Roland Burgsteiner, War Crimes Monitor from EULEXâs Case Monitoring Unit and organizer of the training course.

The database, developed by the Kosovo Police with the assistance of EULEX, will enable trained war-crimes investigators to organize huge amounts of data, efficiently manage complex war-crimes cases and prepare them for prosecution.

The Director of the Directorate for Serious Crimes and Investigation, Major Fadil Gashi thanked EULEX for the continuous support and cooperation, adding: âAs we have taken over the component of war-crimes investigation from EULEX, we welcome training programmes in the management of these delicate casesâ.

In December 2018, as a result of EULEXâs reconfigured mandate, the Mission handed over war-crime police case files to the Kosovo authorities. Today, EULEXâs police monitors carry out systemic monitoring at the Kosovo Police level, with a focus on thematic areas of crimes under international law, gender-based violence and hate crimes, and provide expertise and advice on addressing those issues.