On 1 September 2014, the Minister of Interior from the German state of Hesse, Peter Beuth and his delegation visited EULEX Headquarters in Pristina. The delegation was welcomed by the Acting Chief of Staff, Kilian Wahl. 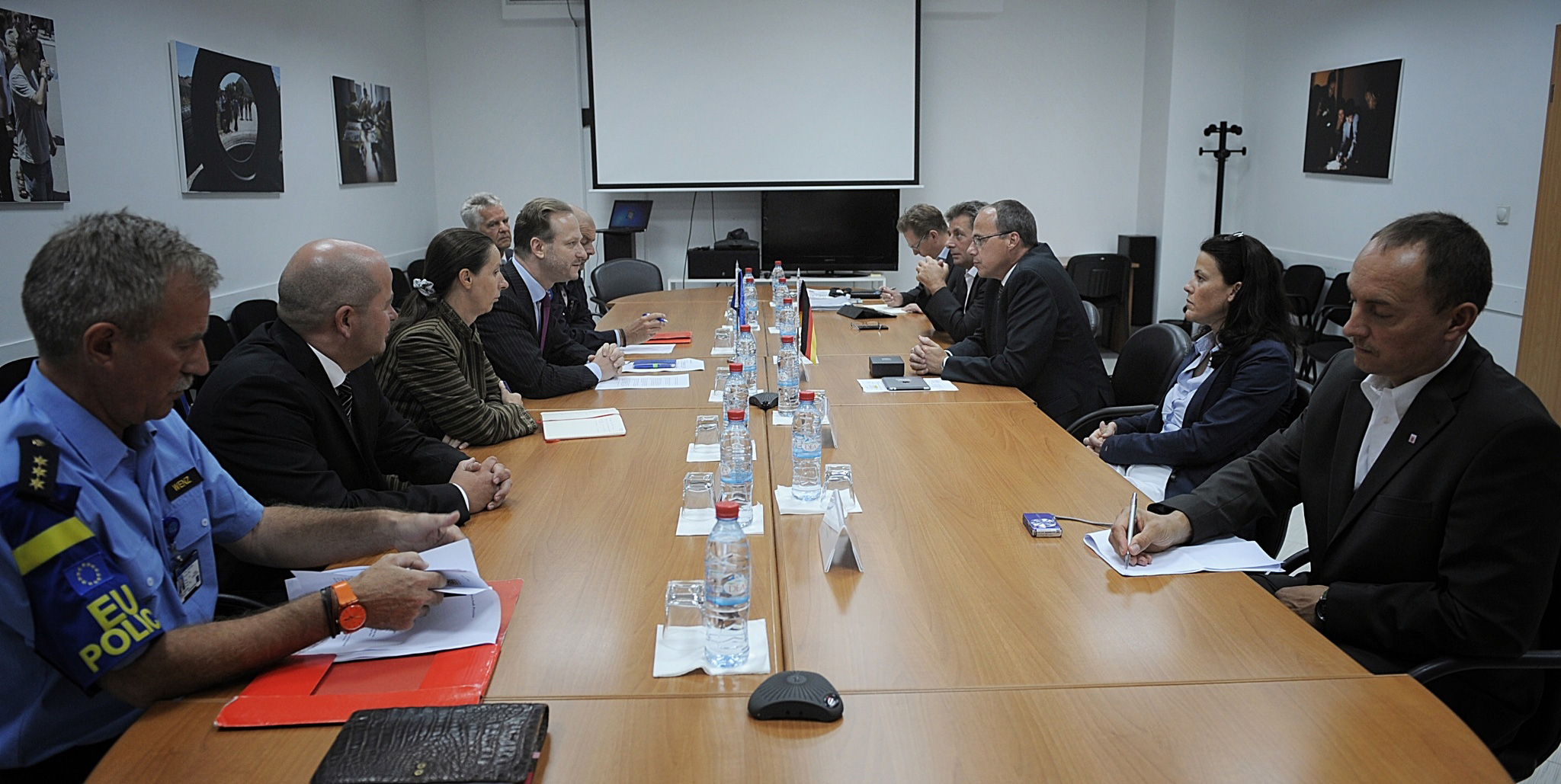 During the meeting, Wahl briefed the delegation about the Mission's mandate and the political situation in Kosovo. He thanked the Minister for the support the state of Hesse is giving to the mission by seconding high ranking police officers. 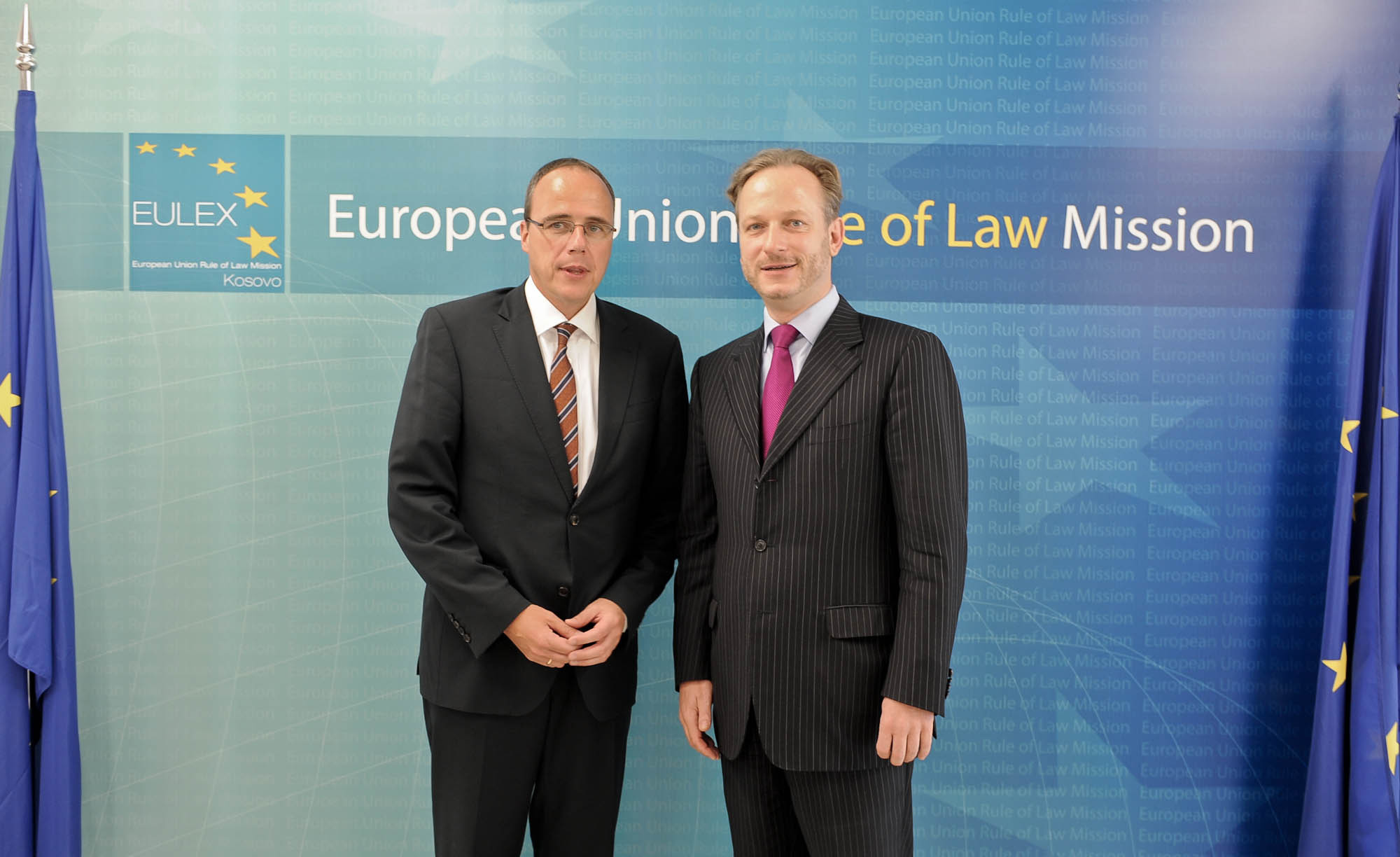